Birthdays and Frownies and Scars?Oh My! 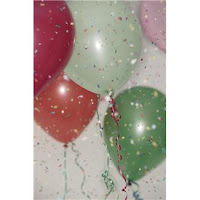 Happy Birthday to me! Yes that’s right, today is my birthday. I woke up to some hugs and homemade cards from my family this morning, and then was treated to a flurry of happy birthday wishes on Facebook. What a way to start a new year, right?

This past year was really good for me. I went back to school and got licensed in something I am passionate about, started writing this blog, and got several other opportunities to write and edit. And I still get to be home with my kids?really it was a good year and I am very grateful.

Now that that’s all said, I figured today?s post would be some short updates on some of my little experiments I said I’d keep you posted on?

We?ll start with the Frownies.

You may recall that after using Frownies every night for two weeks (using my own structural engineering-influenced method), I was starting to see results. I’d wake up with no line, then after a couple of hours it would return. Well it?s been two more weeks and I am happy to report that although the line does come back a few hours after removing the Frownie, it does appear to be getting fainter. I was doubtful, but I have to say I’m starting to become a believer?here?s the before picture and the picture four weeks in?I think you can see an improvement?

And now for my scar?

About 10 days ago I posted about putting the InviCible scar and dark spot treatment cream to the test on a small, yet annoying scar on my arm. In general, people using InviCible are supposed to start seeing results after three or four weeks. After seeing my post and my before picture of my scar, the rep from InviCible let me know that my scar already looks pretty good as far as scars go?it is already light and close to my normal skin tone, there is no redness, and it?s fairly flat, so I shouldn’t expect very dramatic results. But I figured I would keep using the product as directed anyway, just to see. Told you I’m vain. Well I have to say that even after 10 days I can see an improvement. The edges seem to blend better, it seems to be a little smaller, and it is even flatter. So I’m going to keep using it!

Last April I posted about apothecary skincare, and how I was going to start experimenting with different skin care recipes of my own to see how easy or not so easy it is to make your own natural and chemical preservative-free skin care products at home. My first experiment was lip balm, and I enlisted my six year old daughter as my assistant. Lip balm is super easy?it literally took 10 minutes to melt the beeswax and other butters/oils together and then I poured them into empty lip balm tins and lip balm tubes. From that first small batch, I was able to get six lip balms. The recipe I based it on is the one from the Campaign for Safe Cosmetics DIY Recipes page?and then I tweaked it by adding different butters, oils, and essential oils. If you are going to try this at home, I recommend using a little less beeswax than the recipe calls for?my first batch took a bit of effort to apply because the wax was hard and not so spreadable. In my second batch I substituted one of the tablespoons of beeswax for coconut butter and one for more carrier oil?also added vegetable glycerin?and it was much more spreadable. It is also very long lasting.

My second experiment was with a night cream, which started out good, but them got fuzzy after a couple of weeks?literally. My mistake was adding water, even though it was distilled, without any other type of preservative. Water breeds bacteria, fungi, and other yucky stuff. So in my next batch, I took out the water and added more vegetable glycerin and aloe vera gel, and I also gave it some vodka (yes vodka) as a preservative. The consistency is very nice and I like the smell I came up with (lavender and rose primarily), so we?ll see if the lack of water and addition of vodka keeps it fresher longer.

My third experiment was facial cleanser. I got fun foam pump bottles, castile soap, and some other goodies and made a peppermint/tea tree cleanser. So far I like it, and I have a friend trying it out as well, so we?ll see about that one. I had to use distilled water for the pump bottle to work, but the other ingredients are supposed to be fairly stable on their own?but I hit it with some vodka as well, just in case.

It?s a long process, but a fun one, and I will keep experimenting. So those are my updates and I’ll keep them coming.

And remember?it is my birthday?

…and a blogger?s best birthday present is followers 🙂 So if you haven’t clicked follow yet, please do and tell your friends too!

4 thoughts on “Birthdays and Frownies and Scars?Oh My!”

Why Your Skincare Business Needs A Blog

Why PR Should Be Part of Your Content Marketing Strategy