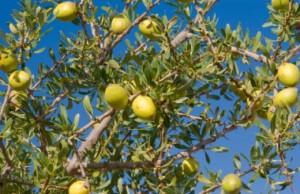 After decades of putting petrochemicals, harmful chemical preservatives and surfactants into and onto our bodies, more and more people in our Western culture have developed sensitivities, irritant and allergic reactions, and illnesses due to toxic buildup in our systems. Because of this, in addition to efforts by organizations like the Environmental Working Group and the Campaign for Safe Cosmetics, even the most stubborn of Americans are seeking safer, more natural products, foods, and supplements.
There are so many wonderful natural ingredients used to care for the body internally and externally all around the world, and our culture has only recently started appreciating their benefits. Some of these ingredients only grow in small, remote areas of certain regions and have been used and enjoyed by indigenous/native people of those regions as a regular part of their skin and body care, as well as medicinal and healthcare regimens since the beginning of their existence. However, thanks to marketing, talk shows, celebrity endorsers, and fair-trade manufacturing efforts these rare ingredients are starting to appear and catch on in the mass market. Like a domino effect or chain reaction, once one product manufacturer successfully markets and sells a product containing even an angel dusting of the ingredient, multitudes of others jump on the wagon. This happened with antioxidant-rich berries like the goji, and more popularly, the a?a?; and it is also now happening with argan oil.

These are two of the most common nicknames for argan oil, which is one of the most buzzed about ingredients in skin and hair care today. Argan oil is an expensive, rare oil that is extracted from the kernels of the seeds from the fruit of the argan tree (Argania spinosa) which only grows in small area of the southwest region of Morocco. These massive evergreen trees can grow up to 10 meters high, and can live as long as 450 years. They are very deep rooted and resilient, require no cultivation, and are essential to the lives of the local people and their livestock. 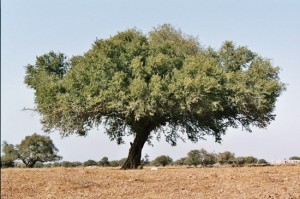 Obtaining argan oil is an extremely labor-intensive process, to say the least. Local Berber women have traditionally been responsible for harvesting the kernels and processing the oil. It?s easy to understand why argan oil is so expensive when you consider the following: it takes more than 10 hours of labor to shell, crush, roast (for culinary grade oil), make dough from, and knead to extract the oil from the kernels of the seeds from the fruit of eight argan trees just to produce a single liter of argan oil. It is an awful lot of work for not a lot of end product.

Is argan oil worth it?

Argan oil benefits the body on the inside as well as the outside in numerous ways. It is very rich in antioxidants, unsaturated essential fatty acids, contains no cholesterol or sodium, contains rare phytosterols, and is antimicrobial, non-irritant, non-comedogenic (won’t clog pores), and anti-inflammatory.
When consumed internally (from seasoning and dressing food with the oil?not cooking the food in it), argan oil has been shown in scientific studies to:
? Reduce cholesterol and blocks cholesterol absorption
? Increase circulation
? Stabilize blood sugar and help treat diabetes
? Strengthen the body?s immune system
? Preventing certain types of cancer including prostate cancer
? Aids in digestion
? Reduces pain, inflammation, and other symptoms of arthritis and rheumatic disease
? Prevents cardiovascular diseases
? Fights inflammation and free radical damage in the body
Argan oil is even more popular for use on the hair, skin, and nails and is found in many products in various concentrations, and is also marketed and sold by several brands as a stand-alone product. It is similar in structure to jojoba, and is more resistent to oxidation than olive oil. Its external benefits are:
? Hydrates and absorbs into the skin without leaving a greasy residue
? Helps repair and strengthen skin cells, thus improving suppleness and elasticity
? Helps heal irritant and inflammatory lesions such as acne, aczema, and psoriasis due to its soothing and antimicrobial properties
? Provides nourishment to the skin at a cellular level
? Helps balance the skin?s pH and regulate (over) production of sebum (oil)
? Softens wrinkles and fine lines
? Helps reduce scars from acne, burns, and even chickenpox
? Helps repair and regenerate cells damaged from free radicals produced by damage from exposure to the sun and other environmental aggressors
? Great for preventing and reducing the appearance of stretch marks
? Moisturizes, softens, and protects the hair without leaving greasy build-up, as well as helps it grow
? Strengthens the nails and makes them more flexible

In 1999, the argan trees were classified as endangered, and deemed an ?International Biosphere Reserve? by UNESCO because of overgrazing, deforestation for agricultural reasons, and harsh environmental changes. Less trees to harvest the kernels from makes argan oil an even rarer commodity. Yet it is more popular than ever. So you may ask: why are manufacturers, doctors, aestheticians, celebrities, etc. promoting and mass-marketing a product produced from an endangered species? Doesn’t that make the problem worse?
On the contrary. Because of the increasing worldwide interest in argan oil and the benefits the local people have reaped from its production and exportation, the locals have begun new initiatives to protect the existing argan groves and plant new ones. 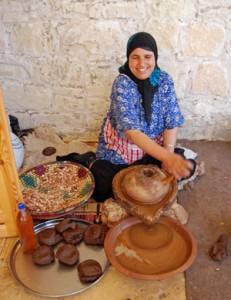 Furthermore, the argan oil market empowers the Berber women who are responsible for harvesting and producing the oil. In order to meet the ever-increasing demand for argan oil, cooperatives of Berber women have been set up to produce large quantities of top quality organic argan oil in traditional and sustainable ways. Argan oil export solely financially supports millions of rural families in this region of Morocco. Because of this, the Berber women who produce it take full responsibility for providing for their families.
Cooperative and fair-trade efforts have been essential for these women and their families, as well as for the future of the argan groves. ?Not only do the cooperatives protect the argan groves and support sustainability through reforestation, they also offer rural women the opportunity to earn a fair wage, attend literacy courses and participate in the organization of the cooperatives.?

How can I afford argan oil?

Both cosmetic grade and culinary grade argan oils are very expensive due to the nature by which it was obtained. There are numerous products out there that call themselves Argan Oil or Moroccan Argan Oil on their labels that are very affordable; but beware: many of these products only contain enough of the ingredient to make it legal for the manufacturer to market it as such. You want to make sure you are getting the real thing, not some silicone or petrochemical-diluted version of it. Make sure you read labels and look for a product that contains 100% certified organic argan oil and nothing else. There are celebrity skin care brands that sell argan oil for very high prices, and other health and cosmetic stores and online retailers sell it as well, but to get the best price, try a wholesale distributor. I get mine from Mountain Rose Herbs.
Article first published as Argan Oil: It is Worth the Hype on Blogcritics.
*Images from Hubpages,? Morocco Travel 101, and the National Cathedral School in Morocco.

There’s still time to enroll in Create Your Skincare Pro!