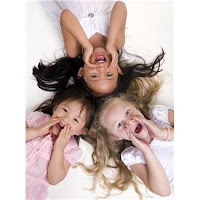 Were you a ?tomboy? growing up? A ?girly girl?? Something in between? As a girl growing up, did you feel like you were supposed to only play with certain toys, watch certain TV shows, play with other girls, and wear ?girl colors? and ?girl clothes?? Did that work for you? If it didn’t, how did you cope?
I grew up as a ?girly girl? for the most part.
I loved my dolls and I loved wearing pretty things. But I also loved going over to my friends? houses who had brothers, or playing with my male cousins who had ?boy? toys like cars and parking garages, He-Man ?action figures? (because they are NOT dolls), Star Wars sets, and video games like Mike Tyson?s Punch Out and Mortal Kombat (I know Mortal Kombat had girl characters?but they really were meant to be eye candy for the boys with their skin-tight, barely-there costumes and gigantic cleavage). I remember wanting to play with a ?boy toy? in kindergarten with a group of boys and being told by the teacher that those toys were for boys and why don’t I come over here and play with the baby dolls with the other girls? 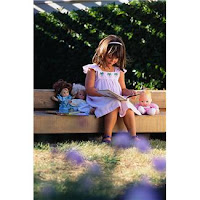 Now that I am a mom of daughters, I admit that my first trip to Toys R Us was really more for my own enjoyment than for the kids?. I reveled in the aisles of Barbies and Cabbage Patch Kids and My Little Ponies?the toy companies really are geniuses for bringing back the oldies but goodies to market to the same children, now as parents.?
My girls do like all that stuff, but they also really like dinosaurs, science labs, Legos (and not just the new girly Lego Friends sets), Pokemon, Ninja Turtles, and Power Rangers. I remember that my little one expressly wanted cars and helicopter for her 4thbirthday (well, and an aardvark).
Because of these interests, my girls sometimes feel like they don’t fit in with the other girls at school.
It?s really hard to see this as a parent, because I am constantly amazed by how smart and awesome my girls are and I love that they are interested in non-conventional and educational things in addition to dolls and ballet class. I just get really frustrated that even in the year 2012, girls are taught from a very young age that they need to look, act, play, and even learn a certain way. My girls enjoy playing the girly games with the girls at school, just not every day, all the time. They get discouraged if the girls don’t want to look for bugs or dig for dinosaur bones during recess with them, and they get upset when the boys get teased by other boys for playing with them. 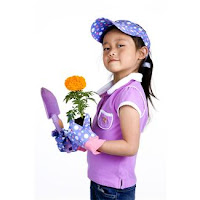 Toward the Stars is working to change this.
There are organizations that are working hard and taking steps towards gender neutralization in children?s toys and marketing, as well as keeping toys age appropriate and intellectually stimulating. I’ve been following the new organization, Toward the Stars, since before it launched.

Toward the Stars is an online community and marketplace that offers products and services to empower girls and remove the gender roles and barriers typically assigned by society. From their website: ?We are a tribe of parents, educators, business leaders, entrepreneurs, activists, artists, craftspeople, and loving adults coming together in defense of healthy girlhood. This marketplace provides a safe haven from the commercialisation and sexualisation of girlhood, from the toxic gender stereotypes that dominate the marketing, media, and products targeted to children and young adults.??

When I read that I kept hearing myself say ?Yes! Yes!?

My kids should not have to feel different or wrong for being into science or cars or building toys. Other children should not be taught by parents, society, or toy manufacturers to label girls as ?tomboys? if they are into sports, or engineering, or math and don’t want to wear makeup or play with dolls.?

Children should have the freedom to explore what their interests truly are without having to worry how they will be perceived or judged by their peers.?

Toward the Stars has some great gifts to get the girls in your life this holiday season. They have gifts that are gender neutral, that counter typical gender roles and stereotypes that support certain communities and subcultures, and that support the environment.?They also offer books and services that help teach girls to have a high self esteem, to value their thoughts and feelings, and to have a healthy and realistic body image. Since they are gender neutral, the items on Toward the Stars are fine for boys as well.? 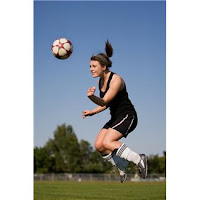 Toward the Stars is not just an online marketplace?they have blogs, forums, and other ways for parents to get resources and support to raise healthy, happy, empowered girls. There are many ways to get involved and make a difference in the life of a girl whether it is your daughter, niece, sister, neighbor, cousin?even for yourself as a parent. Check out the website and get involved either by supporting the global marketplace, participating in a forum, or commenting on a blog post.?

A great way to start is to share this post with your friends and family, as well as your social media network.

There’s still time to enroll in Create Your Skincare Pro!