About a month ago, I posted an article called Educate Yourself About Melanoma this may on Blogcritics.org and this site. It was the day before Blogger had some major technical issues, and the post was temporarily erased on my site, and didn’t get the level of exposure I felt a topic as serious as skin cancer deserves.? However, the article on Blogcritics.org did get a good amount of attention. In fact, shortly after the article was published, I received an email from a representative of the Melanoma Research Foundation thanking me for helping to spread awareness and education about the importance of preventing and screening/early detection of malignant melanoma. She very generously offered to connect me with Tim Turnham, the executive director of the Foundation, as well as other doctors, patients, and research to assist me in writing additional articles to help spread awareness.
?
At first, I had no idea how to proceed.? I couldn’t ignore such an amazing opportunity to be involved in such an important cause, but I didn’t want to write fluff either. So I stayed in contact, and just a few days ago was offered an exclusive interview with Tim Turnham regarding some breakthrough treatment advances and studies that were to be announced at the American Society of Clinical Oncology’s annual conference this week.?? I knew Technorati would be interested in such newsworthy information, so I did the interview this morning, submitted the article a couple of hours later, and thanks to Technorati’s publisher, it was published within five minutes.
?
I know that this type of article may seem out of character for my holistic-minded philosophy, since it discusses very strong anti-cancer drugs and promotes two large pharmaceutical companies and their upcoming clinical studies. I don’t even like to take an antibiotic for strep throat.? I still hold strong to my belief that we should always do all we can to make our bodies strong enough to prevent and fight off diseases itself, with medical intervention only when necessary.??

Unfortunately, cancer does not discriminate.? Although taking preventative measures greatly reduces one’s risk for developing the disease, even the healthiest of people become stricken with cancer. When someone, regardless of age or health gets diagnosed with a serious or terminal illness, especially in its advanced stages, the situation becomes no holds barred. When your life is on the line, you do anything and everything in your power with the help of the most advanced technologies in all areas of medicine and healing to kill these invaders before they kill you. So if I am given the opportunity to let people know about these new advances, I have to take it.? I am very grateful to have been able to interview Tim Turnham and pass this news on to my readers here, as well on Technorati. The article is very clinical in nature, but it’s not too long (this intro was probably longer :), so please give it a read and share it with your friends and family. Thanks and have a great weekend. 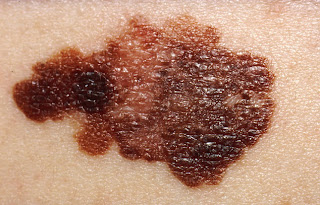 Melanoma is one of the most preventable cancers, and it is extremely treatable when detected in its earliest stages. According to Tim Turnham, executive director of the Melanoma Research Foundation, “If melanoma is diagnosed at stages 0 or I., meaning it has not metastasized (spread) to the other organs of the body or lymph nodes, then surgical removal of the lesion is often all that is needed to eradicate the cancer. However, once metastasis has begun, the prognosis quickly turns bleak. Once the cancer becomes stage IV, the patient?s life expectancy is only about eight months.” Other treatments, such as immunotherapy, chemotherapy, regional perfusion, and radiation therapy are employed to improve symptoms, and to shrink or destroy the tumors; often at the cost of quality-of-life.

The 2011 American Society of Clinical Oncology conference is currently underway. This year?s conference has had a huge focus on melanoma compared to other years. At this conference, Bristol-Myers Squibb and Roche made a groundbreaking announcement that they will be joining forces for a new clinical trial which will examine the efficacy of treating advanced metastatic melanoma with a combination of Yervoy and the Roche drug candidate vemurafenib. Vemurafenib is a BRAF inhibitor that, though not yet FDA-approved, has shown significant promise in treating this type of melanoma. These two classes of drugs attack the disease in different ways. Researchers are hopeful that the combination of these two drugs will have a much higher positive response rate than each drug alone.

Tim Turnham stresses that ?the answers for curing melanoma, like other cancers and diseases, will not be found in monotherapies. The best way to combat advanced metastatic melanoma is to combine the best-in-class drugs from each class of cancer drugs.? Combining these different agents may boost the response. Often the best-in-class drugs come from different drug companies, meaning that unless the drug companies agree to collaborate on studies for these combinations, the potential benefits of the combinations will never be known. 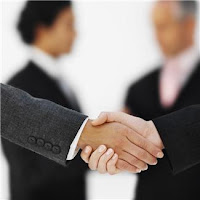 Turnham adds that ?more studies of drug combinations are needed; but the real challenge here is that these studies must include combinations of drugs that are still in development. There are a great number of drugs in the pipeline that could improve treatment strategies and survival rates for different segments of melanoma patients.? Turnham also feels that these companies would be more likely to partner with each other if they were assured that these side studies would not lengthen or hinder the approval process for their own individual drugs. Clarification and possible adjustments to the FDA?s regulatory process would help facilitate these joint efforts.

Advanced metastatic melanoma is one of the most aggressive forms of cancer with unpromising rates of survival. Optimistically, more companies will follow the path of Bristol-Myers Squibb and Roche by teaming up to investigate the potential benefits of combining their melanoma treatments. Once this starts happening more frequently, prognoses will stand a better chance of improving.

Article first published as Long-Awaited Advances in the Treatment of Metastatic Melanoma on Technorati.

How to Turn Your Handmade Skincare Hobby into A Thriving Business

Funding Options for Your Skincare Startup